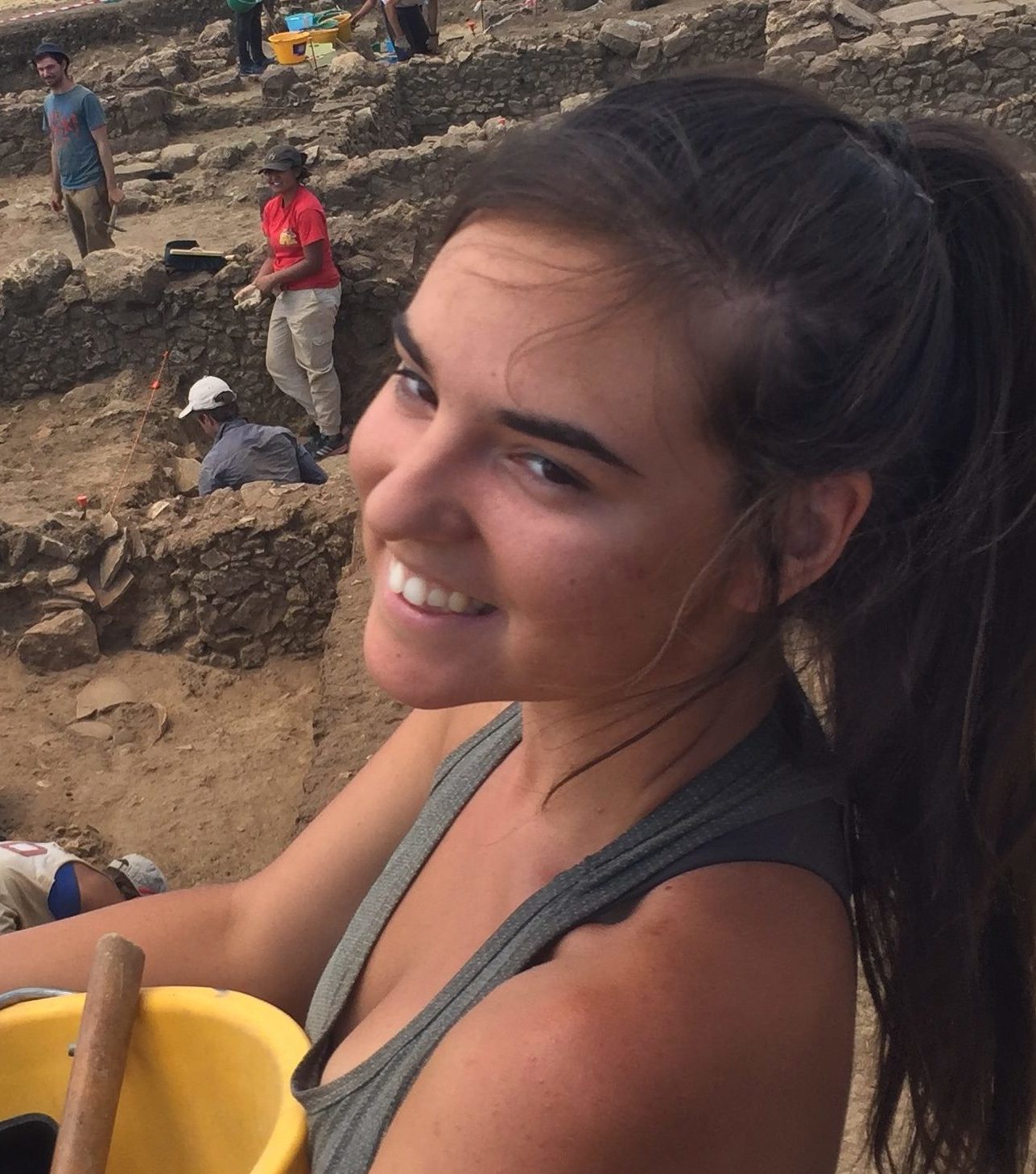 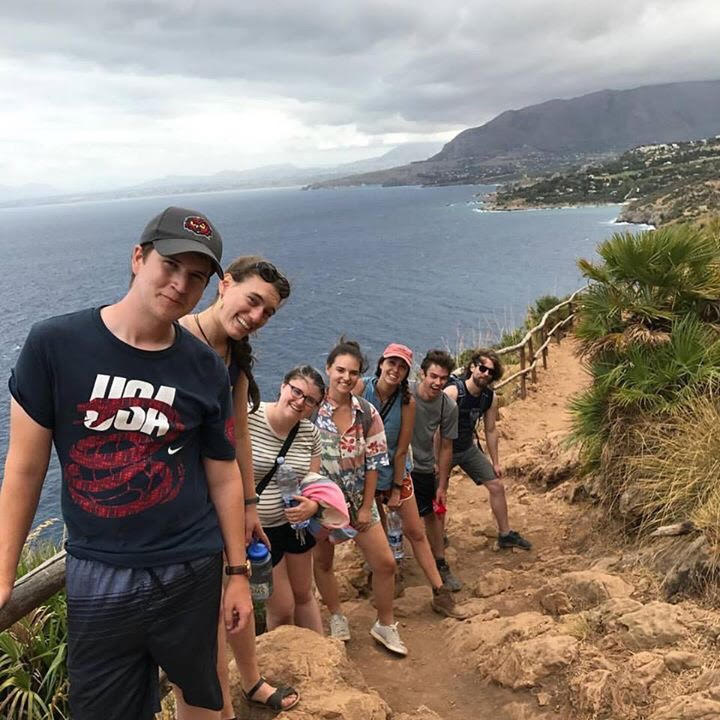 In the field, a lot of jokes are made about the wear and tear digging does to our bodies. Every time I bend down to articulate a tile or sweep dirt, my knees pop in a way that makes me feel like I have aged 40 years. I joked that instead of fireworks, all of us could collectively crack our joints and it would sound the same as a professional firework show.

Weekends offer a reprieve from the labors of the week. But with weekends comes traveling, and with traveling comes the labyrinth that is the Sicilian bus system. Feeling confident in the prospect of traveling that a long weekend offers, a group of us decided to travel to Sicily’s first nature preserve, Zingaro. We were gently warned that if we did not rent a car, multiple buses and at least one 3k walk would be required to get into the preserve. Possessing neither the confidence nor the international driver’s license needed to drive a car in Sicily, we decided to bus there. Our journey started Friday with the 4pm bus from Aidone. It involved one bus transfer to Palermo, a round of burgers at a bohemian piazza, an Italian music festival, and a stay at a hostel called “mob house” that felt more like a sauna than anything a human should be comfortable sleeping in for 8 hours.

One of the beaches at Zingaro.

After a night of sweating out any remaining moisture in our bodies, we were ready for day two of traveling. We took an 8 am bus from Palermo to Castellammare, and from Castellammare to Scopello, a town located near the southernmost entrance of the preserve. Miraculously, we caught every bus and even more miraculously, every single bus was on time.

Still in a state of shock that we actually made it as far as we did, we decided to find the camp site we would be staying at and drop our stuff off. The campsite was surprisingly close to town, sharing a fence with a restaurant that we would eat at later that night. I will take a moment to acknowledge we knew we would have to camp as Scopello is a small town without many opportunities for indoor sleeping. However, the campsite had promising reviews and I held out hope that we would be able to rent a tent. But the manager informed us they were out of tents for the night. With the knowledge that it would be an interesting night, we set out for the nature preserve.

The experience at the nature preserve was amazing, particularly when contrasted with the night we had back at the camp site. The group split up at the preserve, with the more adventurous among us aiming to hike to a castle before the preserve closed. The rest of us went back to the camp site, mostly to make sure our stuff was still where we had left it, unprotected in the office building of the site, unsure of what time the staff would leave for the day.

The group that decided the brave the elements.

We noticed a wedding occurring near our campsite, and we could also hear music blaring that we attributed to the wedding. At 11 pm, as we were settling into the plastic lounge chairs that we had acquired, we realized that the music was coming from the nearby restaurant. We also realized that the restaurant was a karaoke bar. That night, I was lulled to sleep by Italians passionately singing Barry Manilow and Gloria Gaynor while wrapped in a damp towel, on a surprisingly chilly night.

It was the least restful sleep of my life but I would do it all over to experience Zingaro again. There was a moment where I was swimming by myself in one of the sheltered coves when the age of the shores hit me. I could imagine triremes and funeral games taking place near the shores. There is just something so tangible about being in a place where you know people have always been. That moment continued the next morning where I am pretty sure I felt Homer’s description of a wine red sea during the sunrise.

On Tuesday, after I returned to the field, I thought a lot about how my moment at Zingaro connected with what I was doing at the dig. Here I am feeling ancient plaster, scrubbing ancient pottery made by ancient hands, and seeing ancient landscapes. I think that a lot of times it is hard to get the what-it-is-like feeling from texts and objects out of context. But somewhere between the absurdity of camping and travelling through Sicily, the exhaustion, and the views, I felt ancient in a way that was more than my body rebuking daily physical exertion.